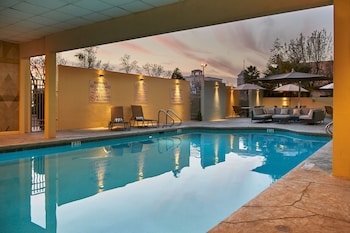 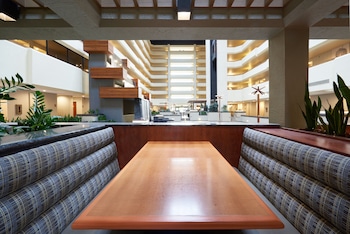 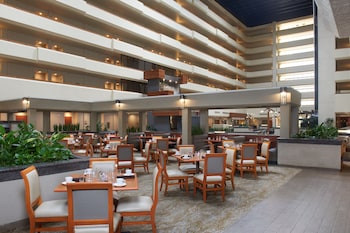 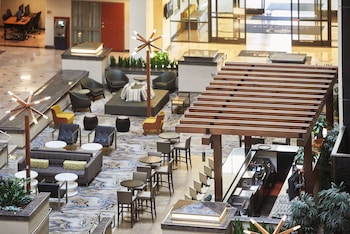 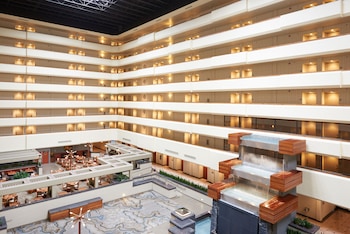 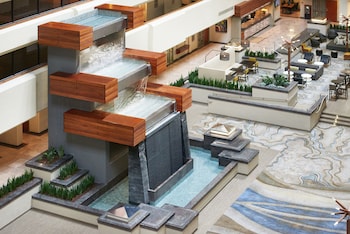 Rooms
Make yourself at home in one of the 321 air-conditioned rooms featuring flat-screen televisions. Complimentary wireless Internet access keeps you connected, and satellite programming is available for your entertainment. Private bathrooms with shower/tub combinations feature complimentary toiletries and hair dryers. Conveniences include safes and desks, as well as phones with free local calls.

Amenities
Be sure to enjoy recreational amenities, including an outdoor pool, a spa tub, and a 24-hour fitness center. Additional features at this hotel include complimentary wireless Internet access, gift shops/newsstands, and a hair salon. Guests can catch a ride to nearby destinations on the complimentary area shuttle.

Dining
Enjoy a meal at one of the hotel's dining establishments, which include 2 restaurants and a coffee shop/cafÃ©. From your room, you can also access room service (during limited hours). Quench your thirst with your favorite drink at a bar/lounge. Cooked-to-order breakfasts are available daily for a fee.

Business, Other Amenities
Featured amenities include complimentary wired Internet access, a business center, and complimentary newspapers in the lobby. Event facilities at this hotel consist of conference space and meeting rooms. A roundtrip airport shuttle is complimentary during limited hours.